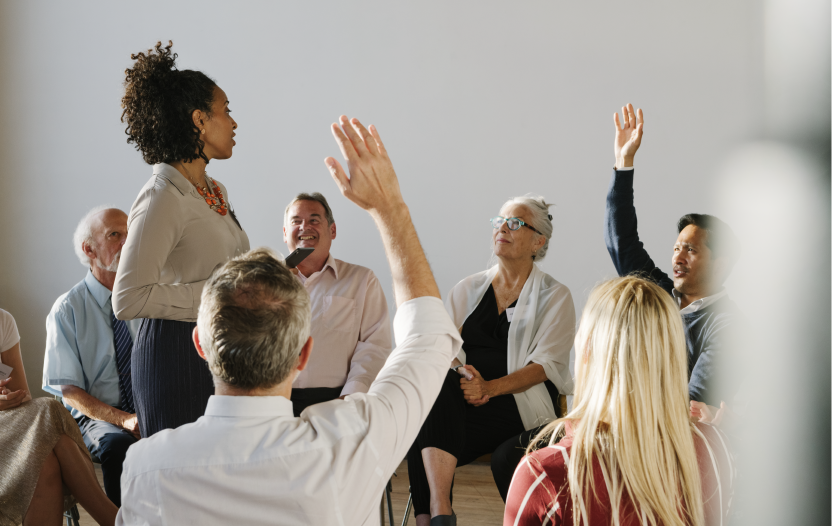 How Community Leaders Address Racism as a Social Determinant of Health

The systemic and structural racism that underlies the fabric of society often manifests itself in prominent institutions, including the hospitals and organizations in our healthcare system. Dr. Bon Ku at Philadelphia’s Thomas Jefferson University recently tweeted, “In the medical community we use SDOH (social determinants of health) as a code word for racism.” These societal effects are associated with poorer mental and physical health, and racial segregation in our communities is linked to disparities in homeownership, education, and incarceration.

Community leaders across America are doing extraordinary and inspiring work to change the conditions around structural racism, so we are sharing their stories and the resources they offer to help more community leaders take action.

People who live in historically redlined neighborhoods - primarily communities of color - are more than twice as likely as others to go to the emergency room for asthma. Local zoning laws, housing availability, and homeless service ecosystems all have a role to play in either combatting or perpetuating structural racism in our communities. Community leaders at the Corporation for Supportive Housing (CSH) say that efforts to build multi-sector partnerships to create and sustain change in this area that is grounded in equity have “long been hampered by system-level data silos”.

To address this critical gap, CSH developed a Racial Disparities and Disproportionality Index that looks at 16 unique systems and measures whether a racial and/or ethnic group’s representation in a particular public system is proportionate to, over, or below their representation in the overall population (proportionality) and also allows for the examination of systematic differences between groups and geographies (disparities).

Non-white school districts get $23 billion less than white districts, despite serving the same number of students. Community leaders who work to correct these inequities can have a significant impact on student outcomes. Students from low-income families stand to gain the most. One study showed that the gap in adult poverty rates between these students and their more affluent peers was eliminated in states that spent 20% more on education over the 12-year course of a K-12 education.

In addition to advocating for increased spending on education, strategic partnerships in the community are key to advancing an equity agenda in public education. Sam O’Bryant, Senior Director for Equity & Partnerships at SchoolSeed Foundation in Memphis, says that strategic partnerships can even help “reignite individual passions and drive the work to the next level.”

The evidence for racial disparities in the criminal justice system is well documented, but there is no evidence that these widely disproportionate rates of criminal justice contact and incarceration are making our communities any safer. Experts at the Vera Institute of Justice say that “disproportionately incarcerating people from poor communities removes economic resources and drives cycles of poverty and justice system involvement, making criminal justice contact the norm in the lives of a growing number of black Americans.”

Jamila Hodge, director of the Reshaping Prosecution Program at the Vera Institute, shared that  “repairing these harms will not be achieved with a few changes in policy and practice,” but even a “small step toward meaningful change” can provide “foundation of hope for the hard work of learning and unlearning, healing, and building a new vision.”